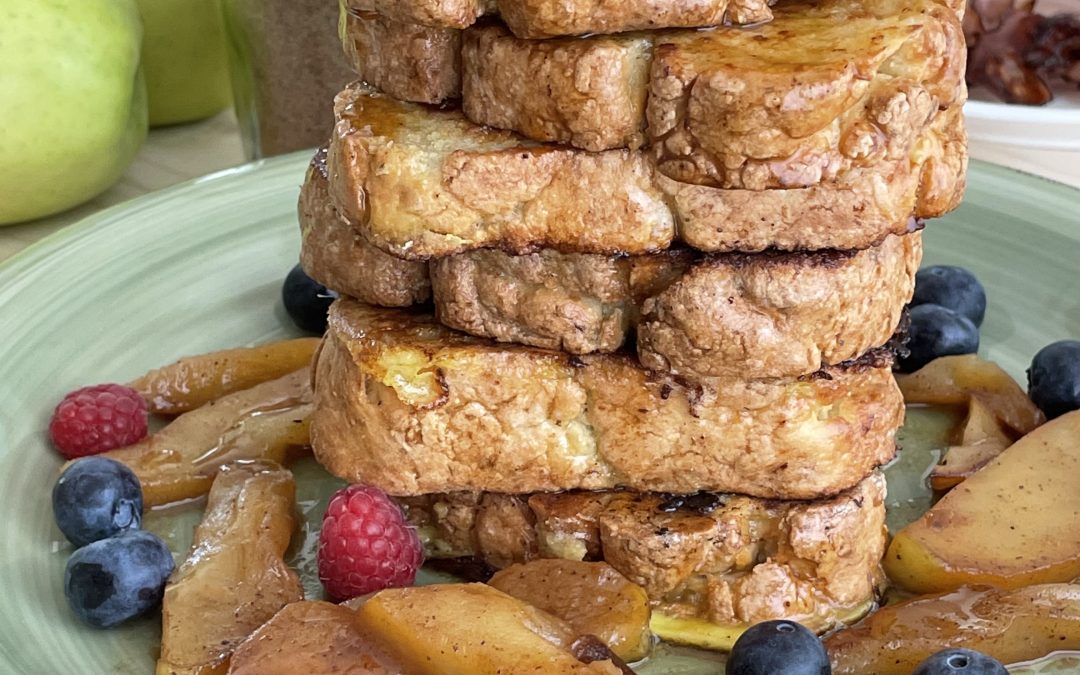 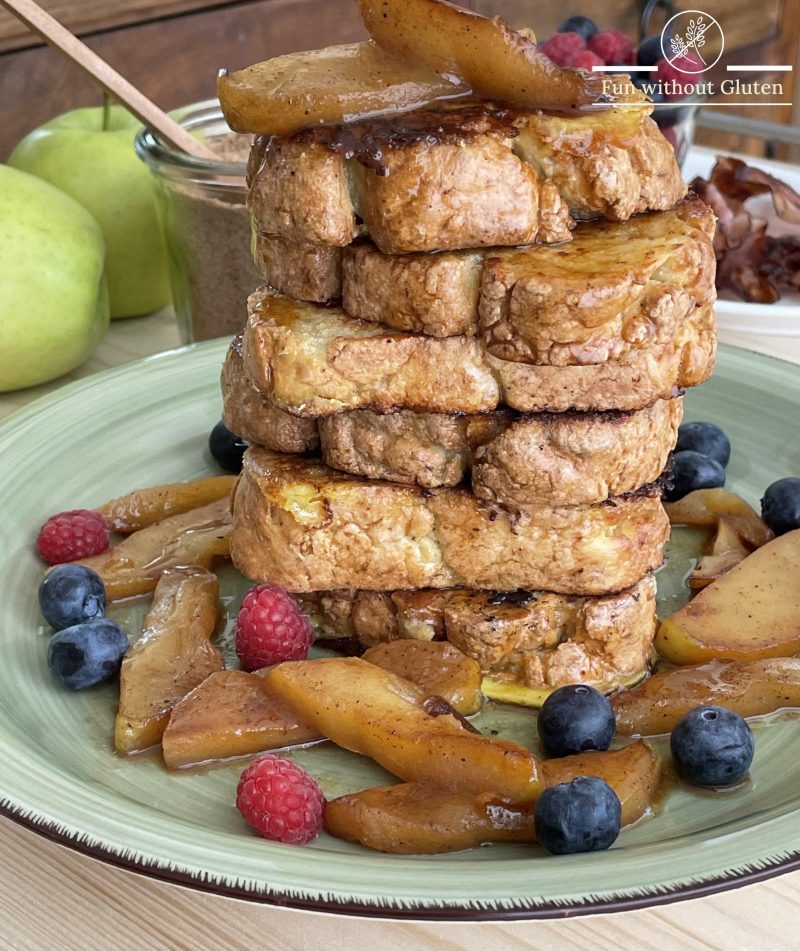 There is nothing better than waking up to a new day smelling apples, butter and cinnamon in your home. This French toast breakfast recipe is quick and easy, providing that you soak the bread overnight, otherwise your French toast may be on the dry side. The toast is classically paired with fresh berries, crispy bacon and maple syrup, but I have added some extra comfort to this dish with caramelised apple wedges drenched in a cinnamon buttery sauce. That means you may not need the maple syrup after all.

I never knew why French toast was called French until I started writing up this recipe. One theory is that In France, they call this pain perdu, meaning lost bread as they used their leftover, stale bread slices and converted them into a meal using eggs and milk. Another theory is that a New York innkeeper called Joseph French invented the dish in 1724. Despite the coincidence with his very appropriate surname, perhaps he got the idea from the French’s pain perdu.

Finding the right type of gluten-free bread is crucial for this recipe to work. After testing several store-bought and homemade bread, I found my gluten-free soda bread worked out the best. Soaking the bread slices overnight in the egg mixture, you will discover how well they take on the egg mixture and fry perfectly, plus taste like the real French toast that we have all been longing for since we said goodbye to gluten. You may wonder if the bread may become too soggy after an overnight soak, but due to the nature of this gluten-free soda bread, the egg mixture swells the interior of the soda bread and tenderises it without falling apart.

If you can’t be bothered making the soda bread (although it is a quick bread that needs no rising or proving), I would suggest buying a gluten-free white sandwich bread. Using seeded or wholemeal bread doesn’t work well in this recipe. In fact, in pre-gluten-free days, I remember using only white bread to make French toast. In my opinion, it absorbs the egg mixture well and tastes the ​best in sweet dishes like French toast or bread & butter pudding. 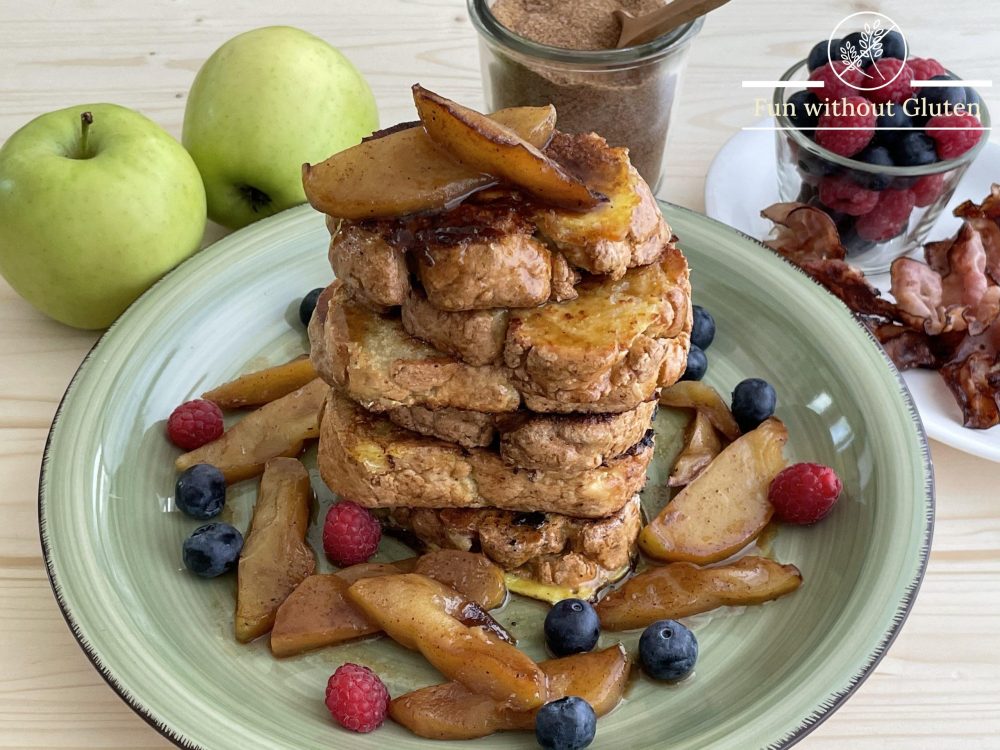 For the French toast:

For the caramelised cinnamon apples:

For the homemade cinnamon sugar:

2. If you prefer to make your own bread, follow the recipe for gluten-free soda bread. 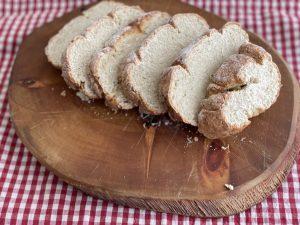 3. Mix the eggs and milk together in a deep bowl. Add the vanilla extract and cinnamon sugar.

4. Slice the bread into 5cm slices and add them to the egg mixture, poking them with a fork and flipping them over to the other side to soak well. 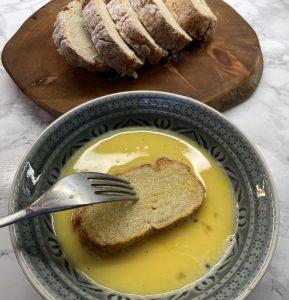 5. Place all the bread slices in a shallow bowl and cover it with any remaining egg mixture. Allow to rest in the fridge for at least one hour, or overnight.

6. Peel, core and slice the apples into medium size wedges.

7. Gently melt the butter in a heavy-bottom pan. 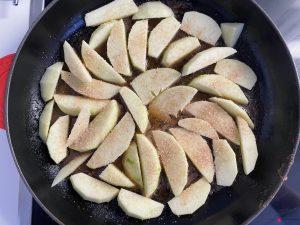 8. Add the apples and sprinkle half of the cinnamon sugar over them and allow them to fry without moving them for 5 minutes over medium heat. 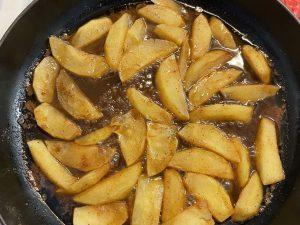 9. Flip the apples over, add some extra butter if needed, and continue to fry the apples for a further 5 minutes.

10. Sprinkle the remaining cinnamon sugar over the apples and gently stir them in the pan to catch the sugar. Add more butter if it seems too dry. Lower the heat if it starts to crisp up too much. The apples are ready when they are slightly soft with a golden, caramelised appearance.

11. Take them off the heat, cover the pan and set them aside.

12. Heat a wide pan on medium heat and add the sunflower oil and approximately one teaspoon of butter.

13. Drain the bread from the egg mixture to remove any excess liquid. Add the bread to the frying pan and leave them to fry for 5 minutes. 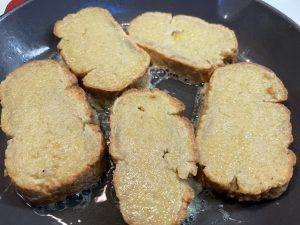 14. Flip them over and continue with the other side for another 5 minutes, adding more butter if necessary. 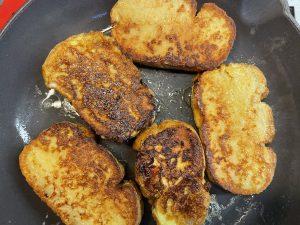 15. Stack the French toast on top of each other on a serving plate and drizzle them with the caramelised apple butter and apples. Sprinkle with extra cinnamon sugar if you like them sweeter.

16. Serve with fresh berries and if you have an extra sweet tooth, add some maple syrup too! 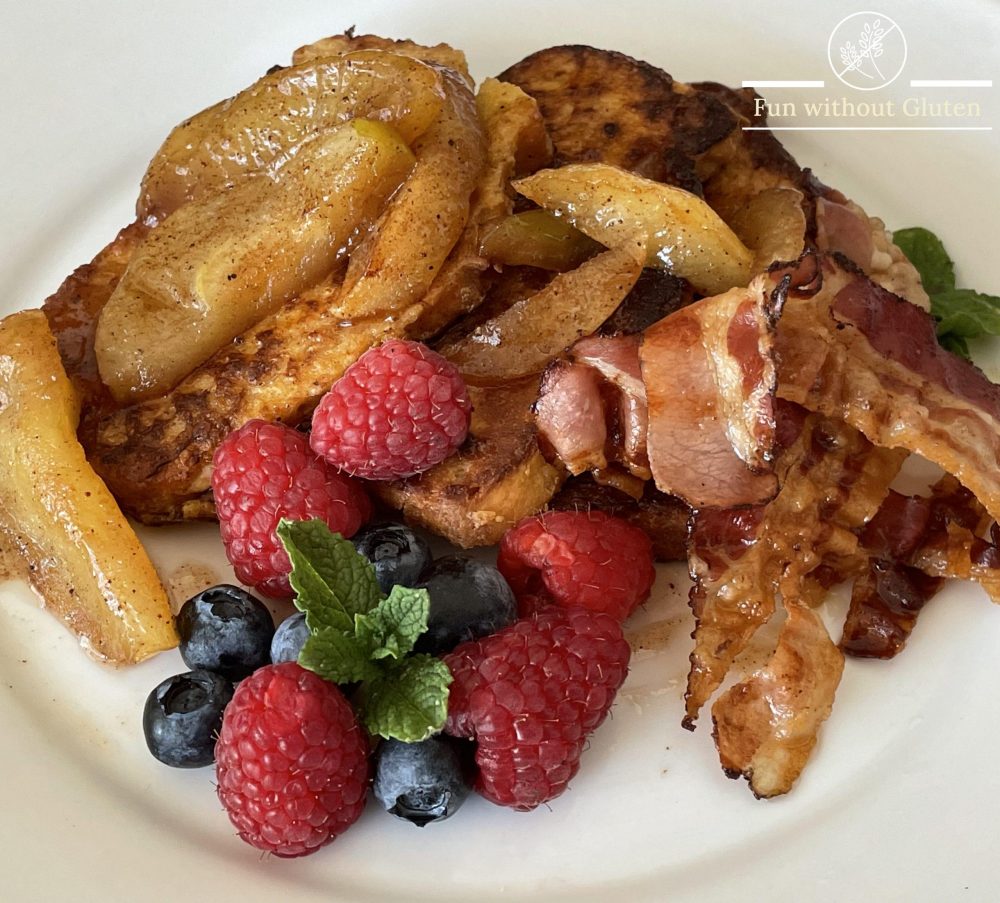