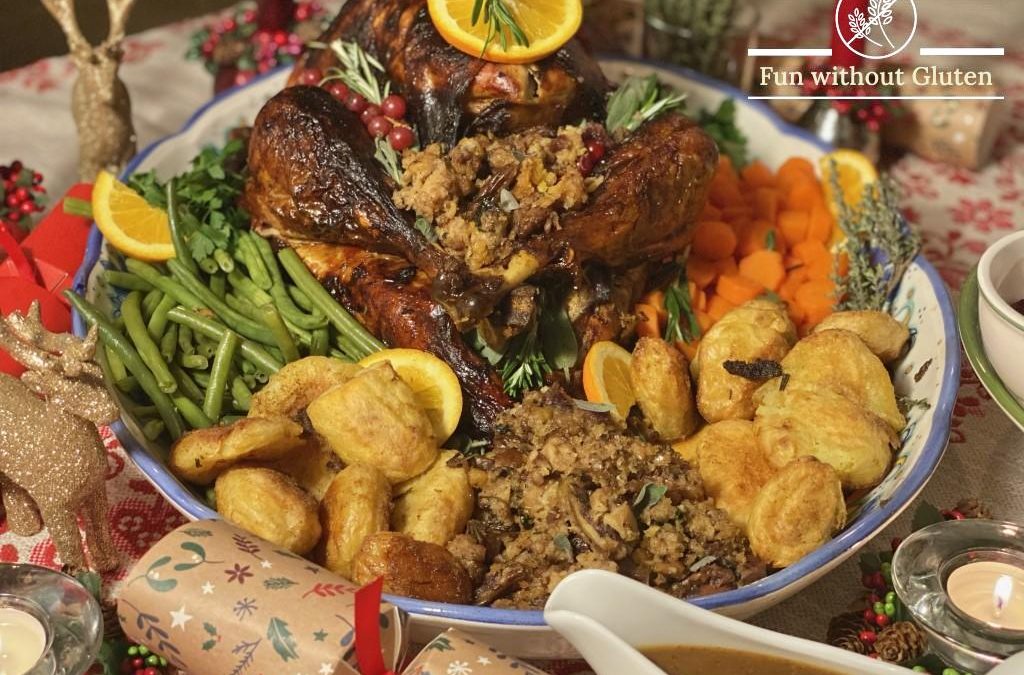 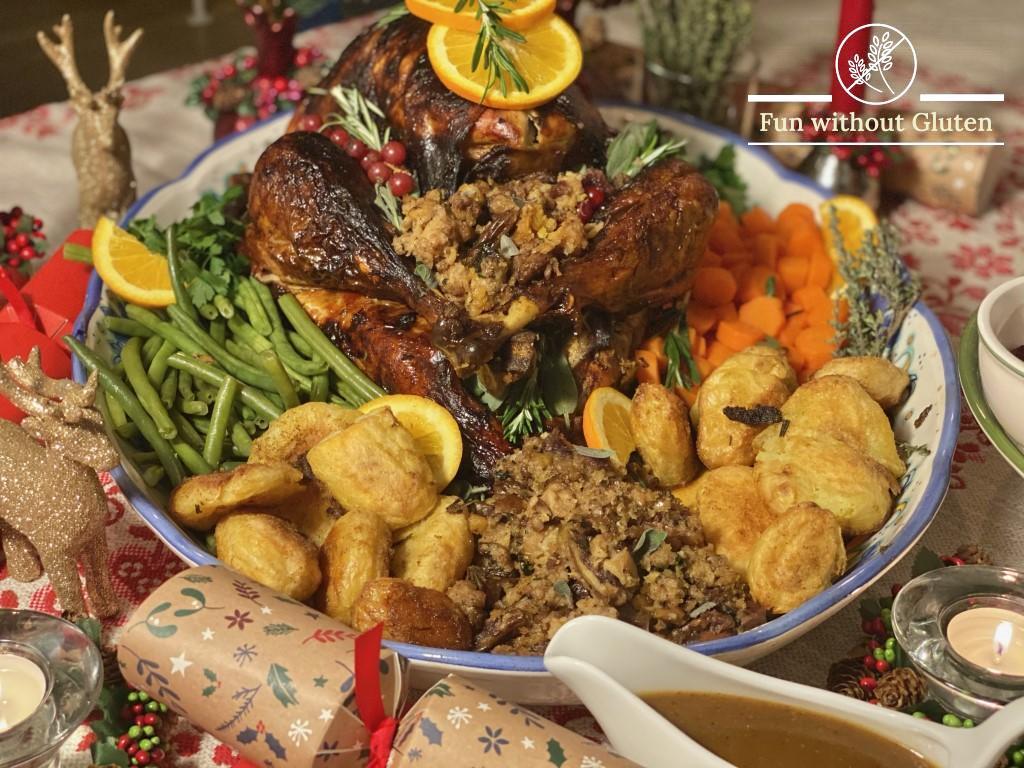 Roast Turkey at Christmas wouldn’t be the same without the stuffing. In fact, I reckon the stuffing is the best part of the whole Christmas dinner, but so is the gravy, roast potatoes, cranberry sauce, medley of vegetables….

When I first started making Christmas dinners, my cookery bible was The Silver Palate, a great New York cookbook written by two hard-working deli cooks who published the perfect recipe for cornbread sausage stuffing. 25 years later, I still make their stuffing recipe every Christmas, but gluten-free and with extra seasoning.

I use a big wok to cook down the onions and caramelise the apples. Using two spatulas, I add and mix the rest of the ingredients. Once the sausage is no longer pink, the stuffing is ready. Try to make the stuffing one day before actually stuffing your turkey as the flavours will develop more and it is one less thing to do on Christmas Eve or day. Alternatively, you could make it in advance and freeze it until you need it. 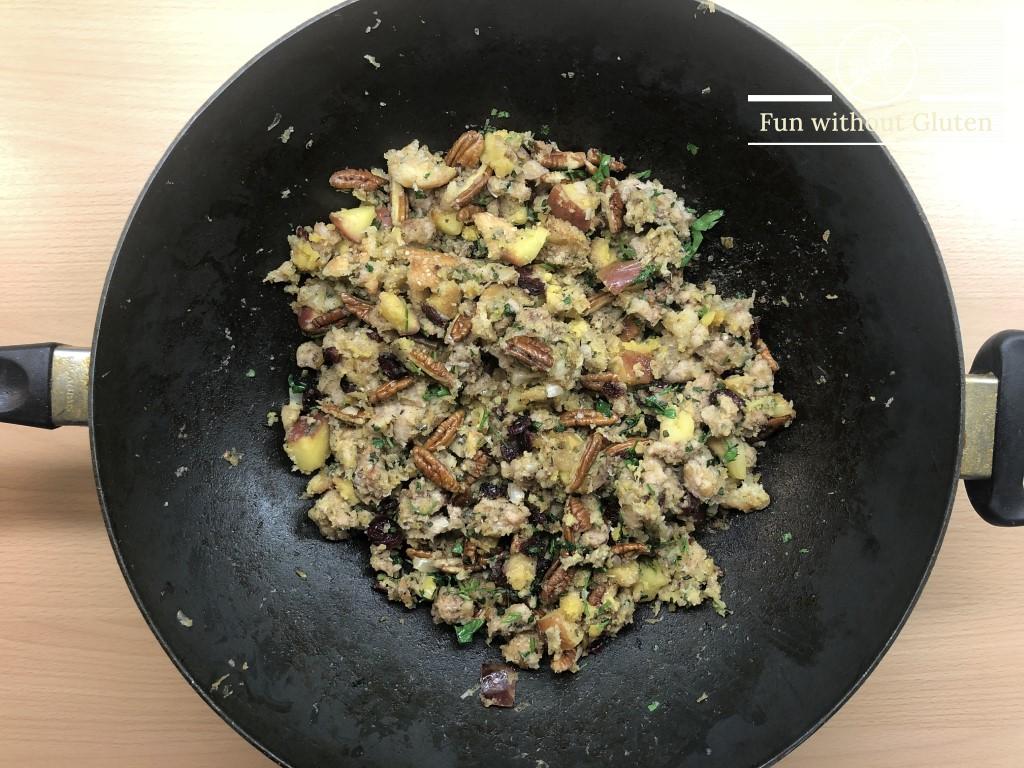 Hope you enjoy your Christmas lunch or dinner using this stuffing as much as I do! Merry Christmas! 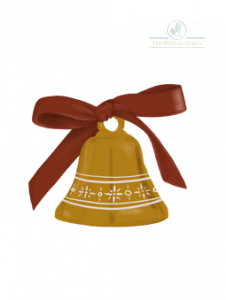 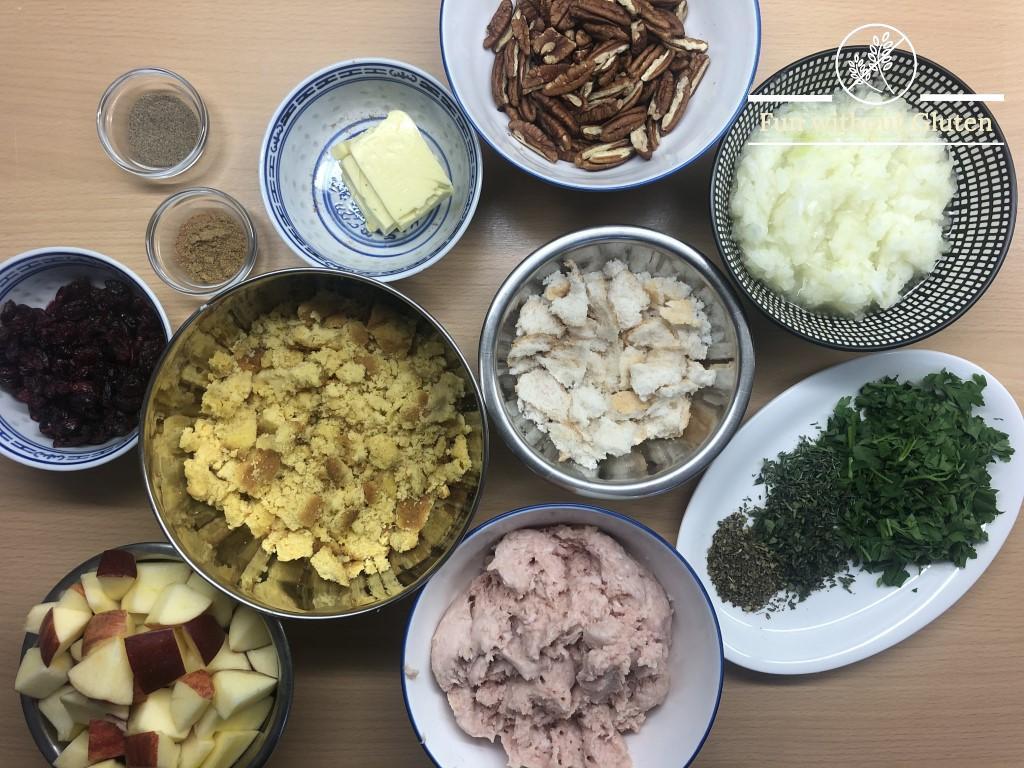 1. Melt half the butter gently and fry the onions slowly, covered for 20 minutes, stirring from time to time.

2. Add the remainder of the butter and add the apple pieces, increasing the heat to high to caramelise the apples slightly. Allow the apples to caramelise one side before stirring and repeat until all the sides are done.

4. Add the sausage meat to the pan and stir constantly for 10 minutes, scrapping the bottom of the pan to avoid sticking. 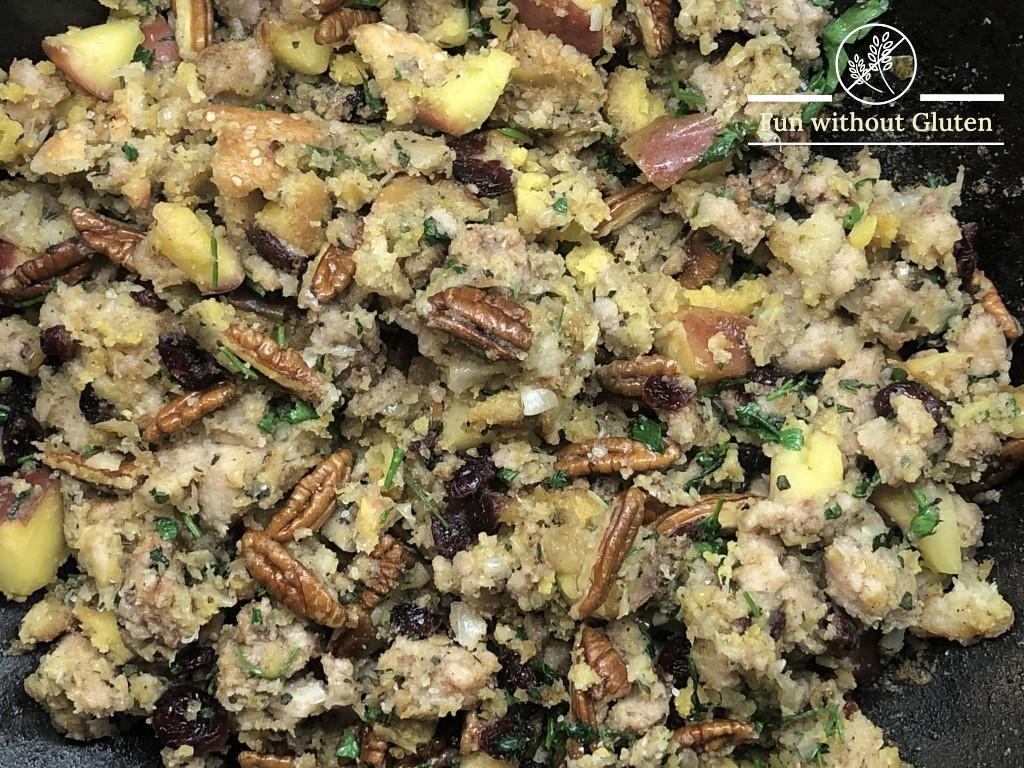 6. Add the black pepper. Mix well over a medium heat for 5 minutes.

7. Take off the heat.
8. Taste before adding the salt. You may not need to add any salt if your sausages are salty.
9. Allow to cool completely before transferring to a storage container or stuffing your whole turkey.
10. Store sausage stuffing either in the fridge (keeps for 3 days) or freeze (keeps for 6 months).
11. If you have leftover stuffing after stuffing your turkey, add a lightly beaten egg to the stuffing, mix well and fill a heatproof dish, pressing down with the back of a spoon
12. Cover with foil and place in a Bain Marie (larger tray of hot water) to cook in the oven for 30 minutes. 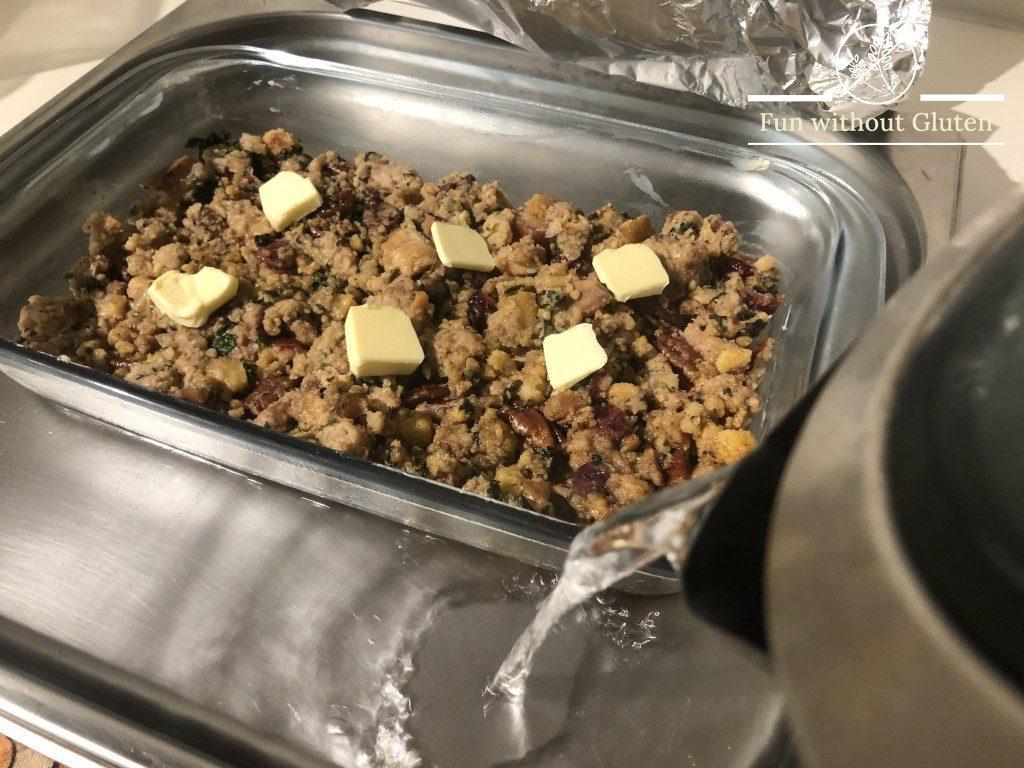 Makes enough for one medium 5 kilo whole turkey and some extra stuffing as a side.